Founded by Jessiny Mitchell, Cinta Stage is a drama school that is making a difference in Cornwall. Driven by three core values: creativity, kindness and diversity, Cinta Stage has the ability to develop your child’s imagination, compassion and self-confidence. Our motto is ‘be brave, take a chance and have a go’, which allows us to nurture, inspire, challenge, amaze, educate and empower your children.

"You can't use up creativity. The more your use, the more you have."  - Maya Angelou

What do we do?

We work with our students to create theatrical material that is innovative, entertaining and original. Everybody is welcome at Cinta Stage. We don’t hold auditions meaning there is something for everyone; from the more introverted souls to the seasoned performer, we cater for all levels.

Cinta Stage allows children and young people to lead with their own ideas while facilitating a creative and inspiring learning environment. We ensure that children and young people feel safe to explore their creativity and collaborate with others to build original stories. By giving them ownership of their own work promotes positive discipline, engagement and commitment to the craft.

"The best way for you to understand what your children will get up to is to see for yourself. Here I pay homage to the school where my love for theatre was born. Although no longer in operation, Kids' Theatre Works! will always remain close to my heart. I can only hope that one day Cinta Stage will mean the same to someone else." - Jessiny Mitchell

The answer is simple, we promote wonder, empathy and understanding. We use our positive influence to transform lives and create paths to personal development. By encouraging individuality, diversity and kindness we prepare children and young people not only for life as a performer but also for life beyond school and college.

Providing a holistic education that nurtures the individual as well as their talents allows Cinta Stage to thrive on the dynamic and eccentric atmosphere it creates. We not only supply your child with knowledge and a theatrical skillset but also a chance to grow as an individual.

Cinta Stage is simply here to facilitate growth and channel your child’s talents into a creative spectacular. 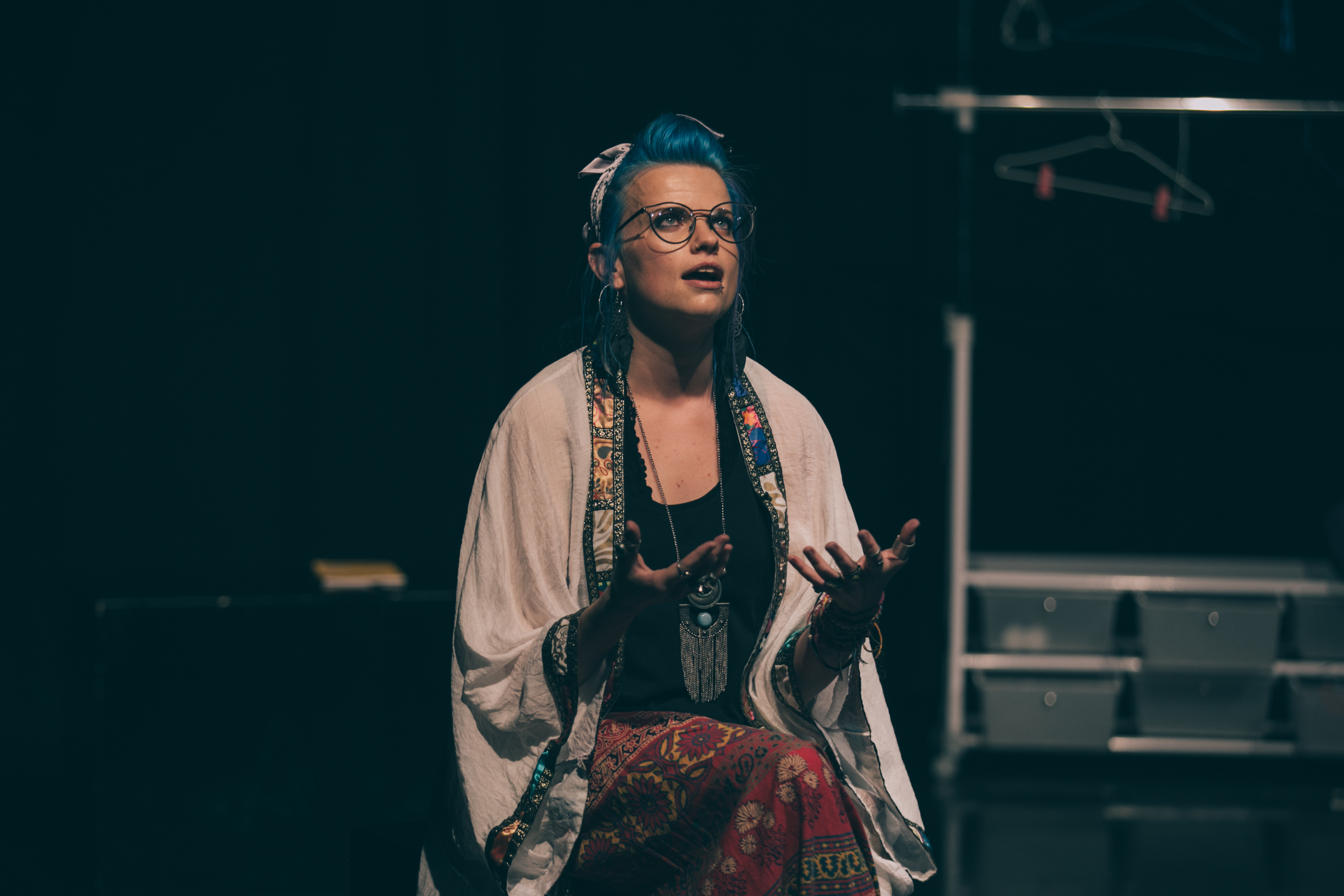 Born and raised in the Middle East, Jessiny has always had a love for the performing arts. Her journey started in Dubai at the age of 12 when she was a volunteer teaching assistant for Kids’ Theatre Works! Over the years Jessiny continued to assist as well as take part in performances.

Before leaving Dubai to study Drama at Kingston University Jessiny tried her hand at costume making. She created character costumes for over 150 children, made and designed costumes for a Brazilian Carnival and painted watercolour flowers on a wedding dress (yes, you read that right!) After graduating from university Jessiny focused on mentoring and youth work in London and in Cornwall working closely with the National Citizen Service and Young People Cornwall.

Realising she wanted to combine youth work with drama, Jessiny sought to find a role where she could incorporate both.  Whilst traveling in Indonesia - where she learnt that ‘cinta’ meant love - Jessiny decided to return to the place where her passion for teaching was sparked, Kids’ Theatre Works! In 2016 she was hired as Lead Acting Instructor.

Jessiny taught children and young people from ages 3 to 19. She produced and directed full scale end of year shows with an average of 100 children, directed numerous youth theatre performances, created costumes, props and sets as well as running school and holiday workshops. In 2018 Jessiny decided it was time to return back to the UK and open her own drama school in Cornwall, where the performing arts are not widely accessible to children and young people in her local area. Thus Cinta Stage was born.

Jessiny believes in breaking boundaries. She wants to elicit creative self-expression, critical thinking and artistry among children and young people. It is her aim to make drama accessible to all, regardless of their means, background and ability.